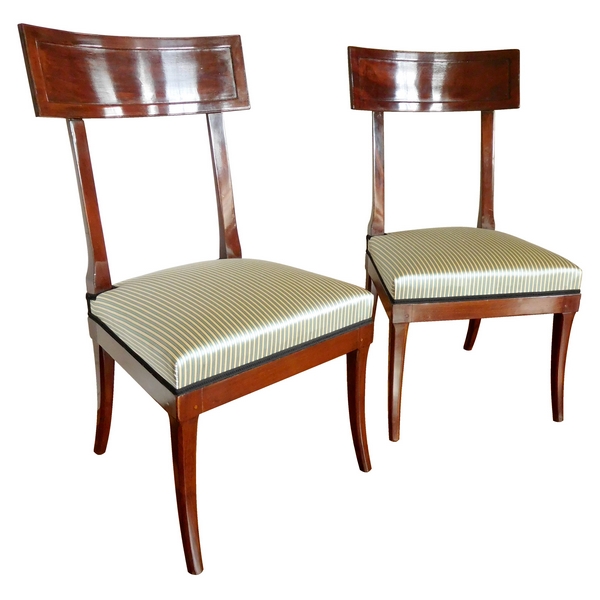 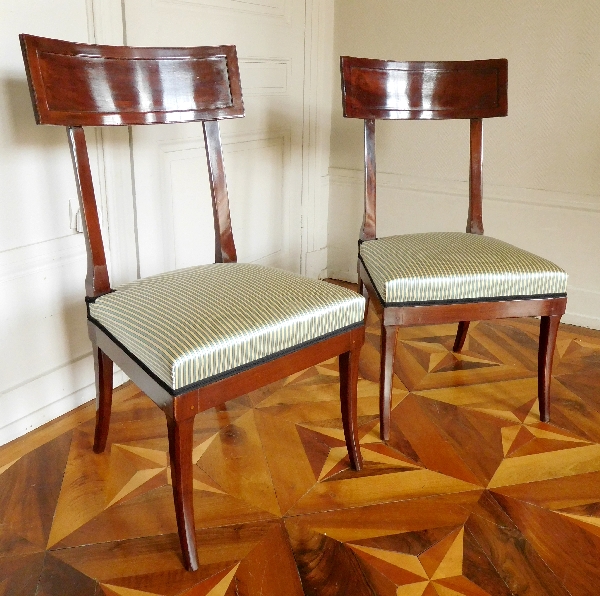 Georges Jacob is one of best French seat makers of 18th century. He worked for the French Royal family. This chair is typical from the style known as Etruscan, very fashionable during late 18th century and directly inspired by the ancient Greco-Roman pieces of furnitures, designed by the painter David. Georges Jacob was one of the initiators of this new style. Therefore our chair is kind of a prototype, a forerunner of what later became the Empire style, the work of a designer of the 18th century !

It is in excellent condition (old restorations). We covered it with a superb striped silk manufactured at Lelievre.

Beautiful collector, rare, very sophisticated model, the kind of seat you can find in major collections such as the Marmottan Museum in Paris. 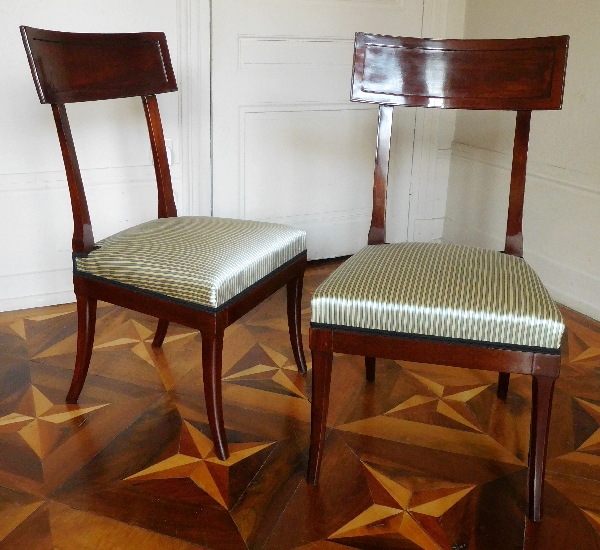 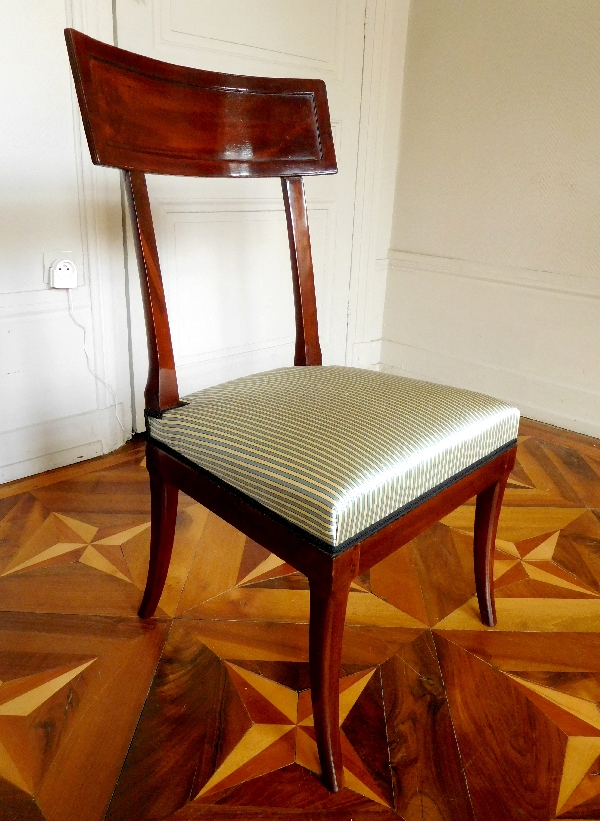 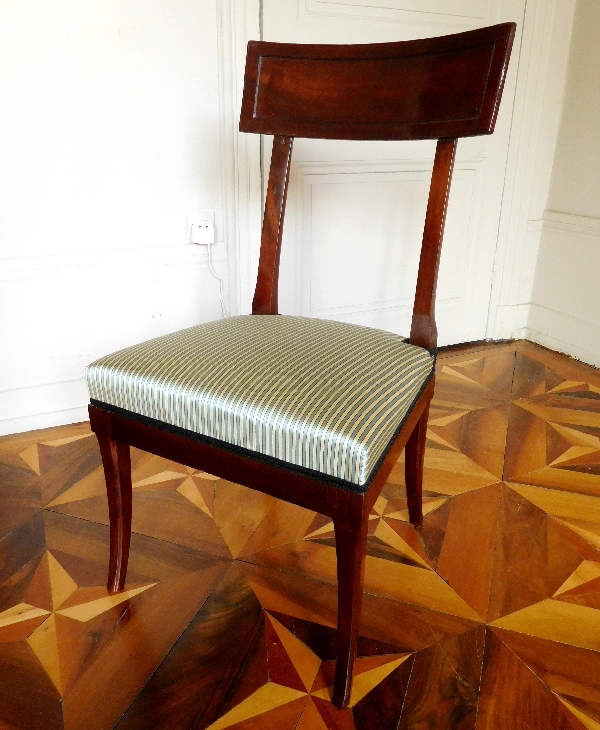 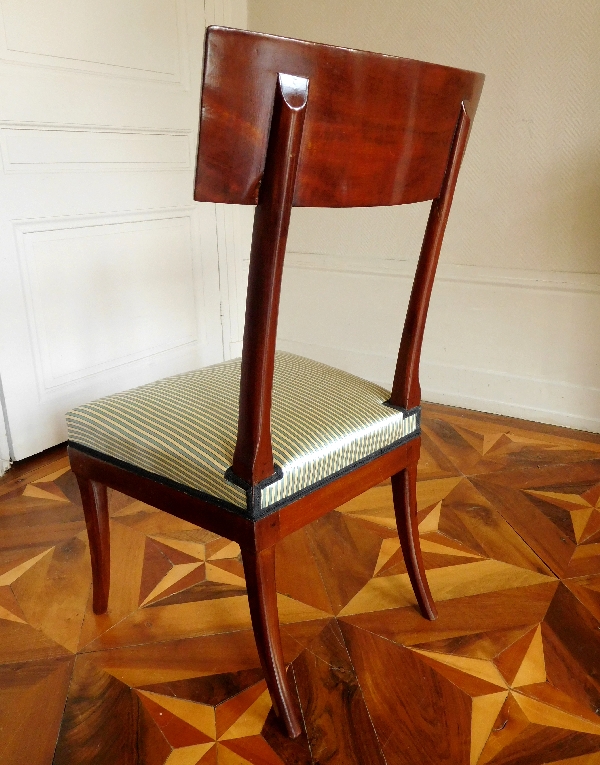 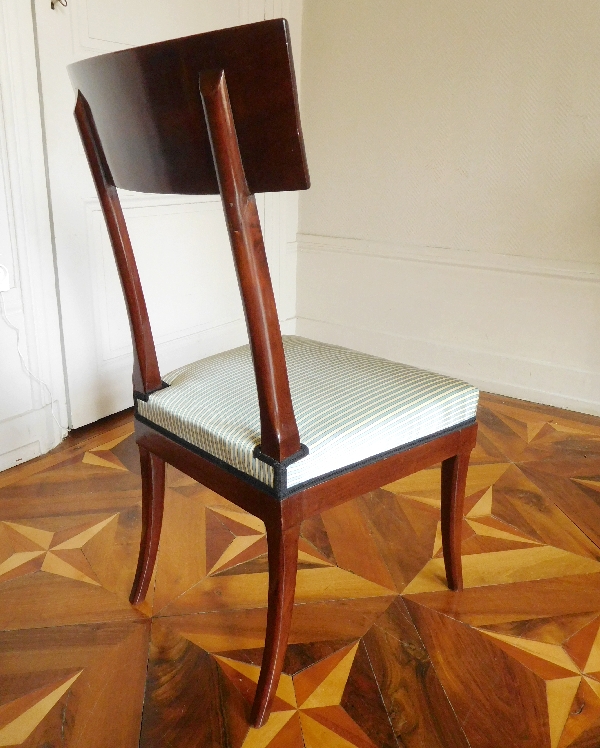 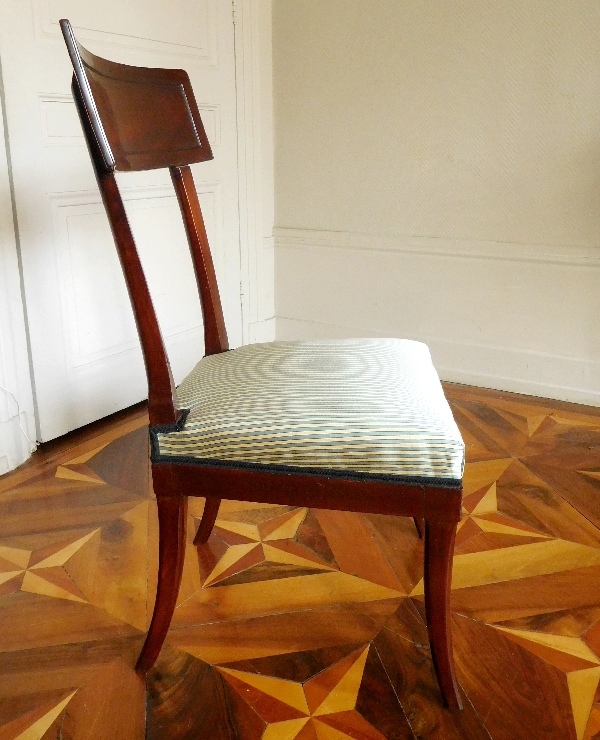 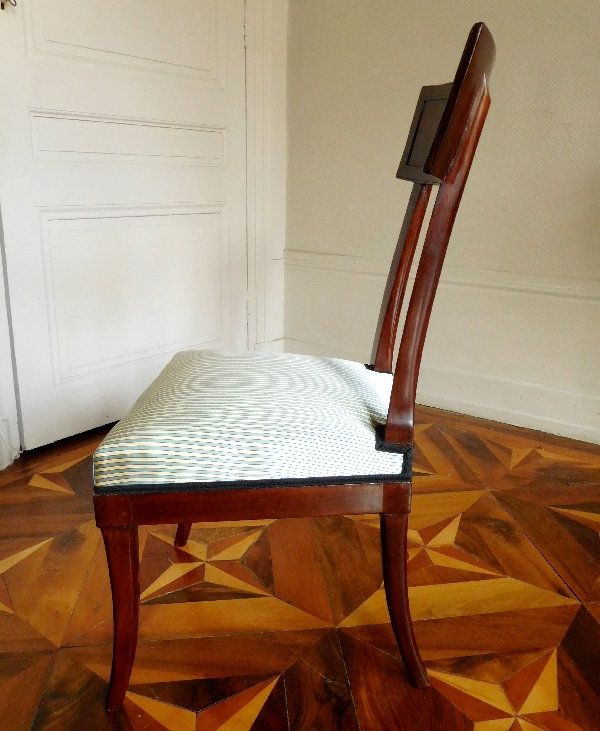 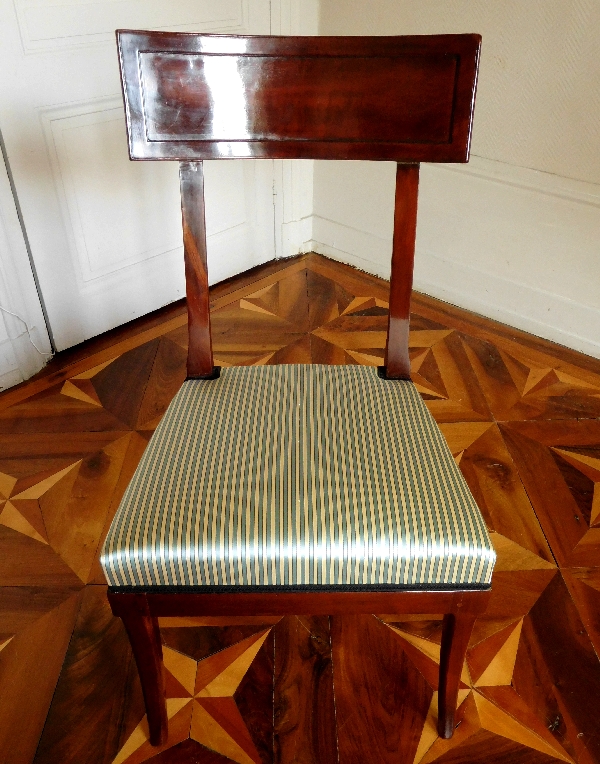 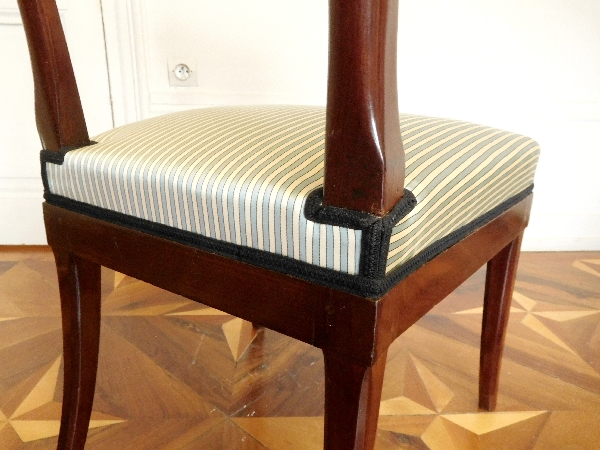 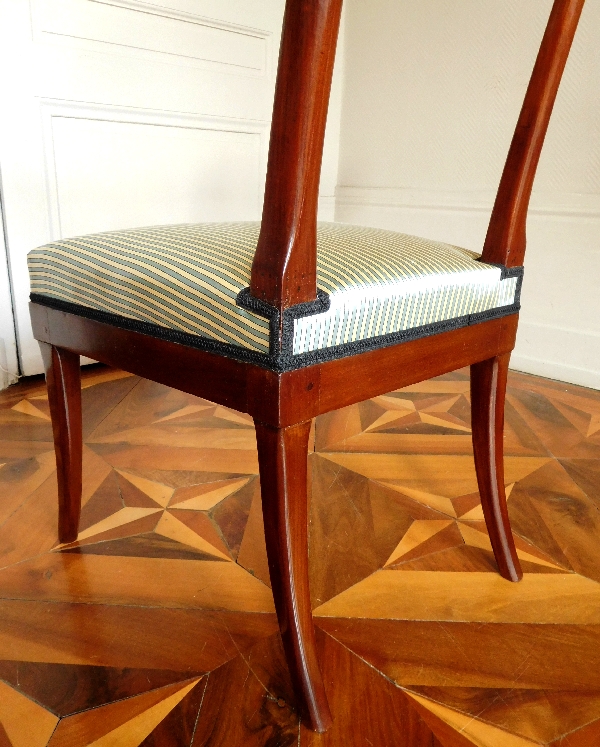 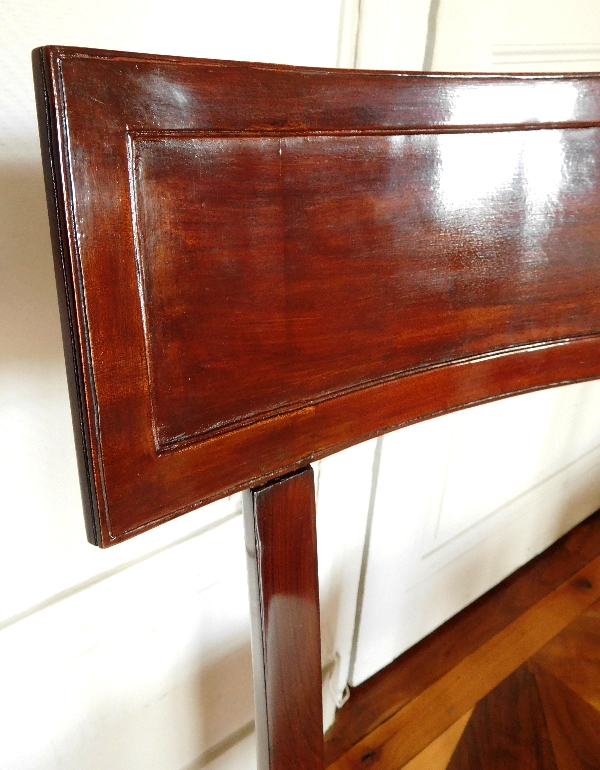 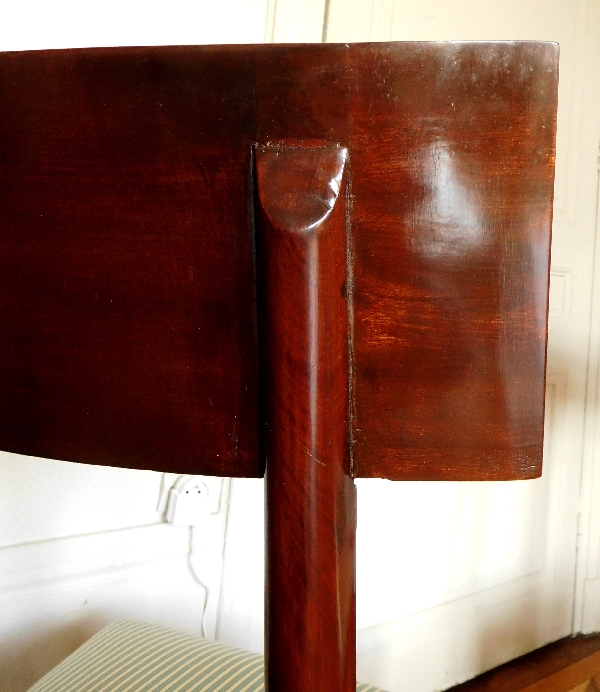 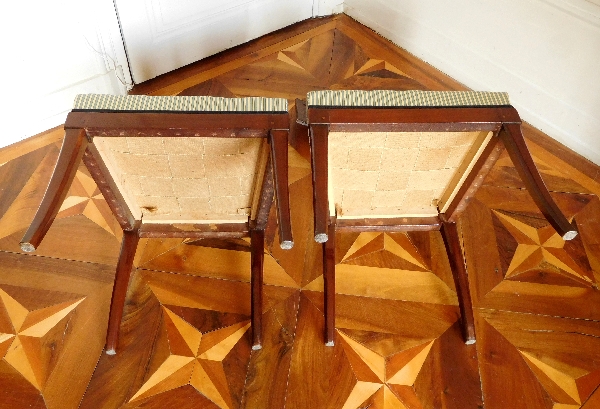 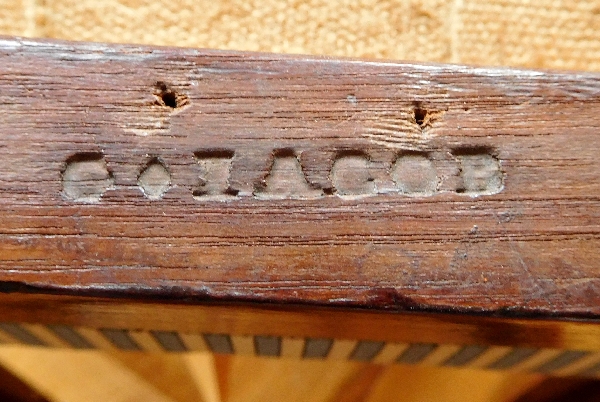 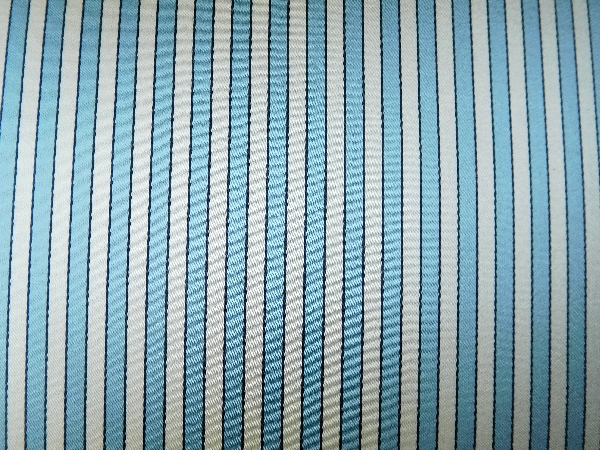 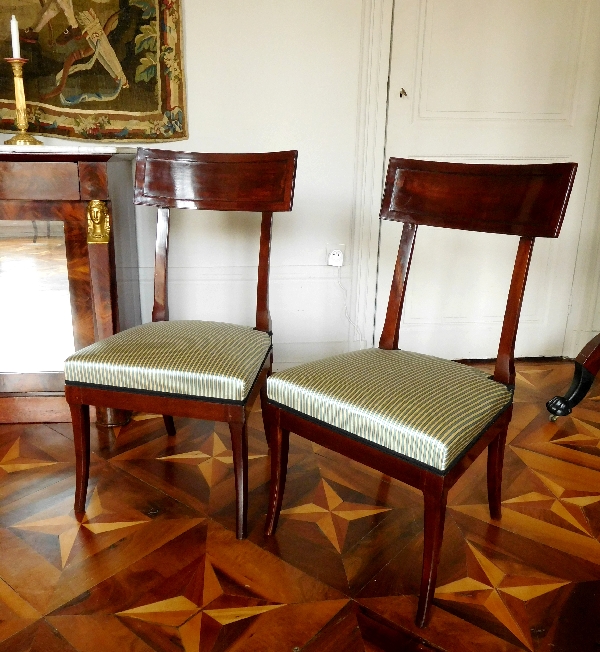